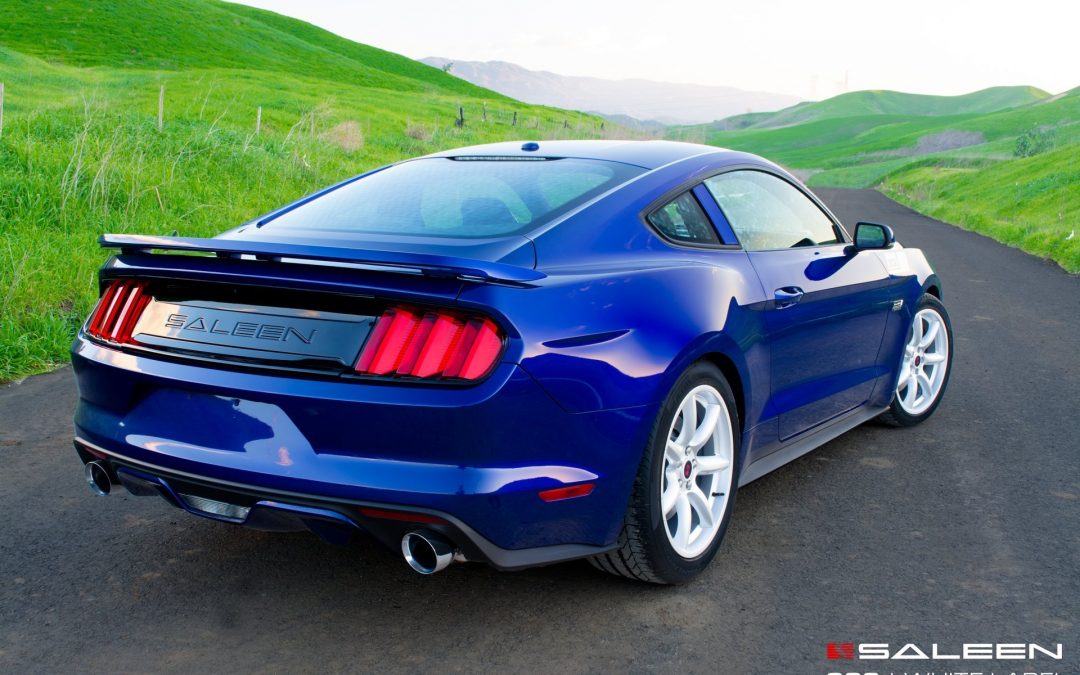 A new generation of Mustang history has begun as Saleen Automotive ships the first versions of the all-new 302 Mustangs from their Southern California production facility. . Keeping with the formula that Saleen uses to produce its instantly recognizable vehicles since 1984, these first models are White Label versions and serve as the launch as Saleen ramps up production of the all-new Mustang.

The Saleen Advantage
As the introductory model to the Saleen 302 model lineup, the White Label touts an incredible list of features in a complete vehicle. The White Label utilizes a 302 cubic inch V8 engine with premium calibration to produce 450 naturally aspirated horsepower. Superior handling on the Saleen 302 is maintained by specific-rate suspension springs and sway bar bushings and links, with traction managed by the staggered 20″ wheels and Z-rated tires. Aerodynamics and aesthetics on the Saleen 302 include a high-volume intake grille, quarter window panel, and high downforce rear wing atop a Saleen taillight panel. Akin to the rest of the vehicles that Saleen produces, a limited number of these Mustangs will be produced and each one will receive a serialized number. Saleen is the only manufacturer in the world to offer a vehicle with this much power, remarkable styling, and limited number exclusivity with prices starting in the low $40,000s.

According to Bloomberg, “The U.S. auto industry is poised for an unprecedented sixth straight annual sales increase next year.” Combine this with the fact that the Ford Mustang outsold the Chevrolet Camaro and the Dodge Challenger combined in November of last year, according to autoguide.com, and you can see that Saleen 302 Mustang is headed for a historic year.

“These are the best Mustangs I have ever built” asserted Steve Saleen, CEO of Saleen Automotive. “We are in for a thrill ride as this car will take us to levels we have never seen before.”

More Than One Trick Pony
Along with the White Label model, Saleen also offers Yellow and Black Label versions for an enhanced experience. The Yellow Label comes equipped with a Saleen supercharged 302 ci engine. While the Black Label is the no holds barred, fully loaded big brother of the two and will be revealed at a special event on March 20, 2015. For more information, or to place an order for any of the three versions of the 302, visit saleen.com. 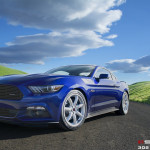 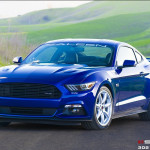 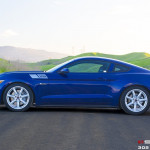 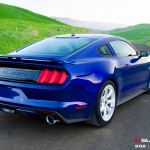 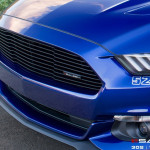 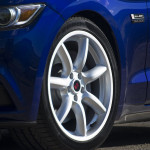 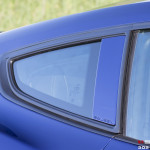 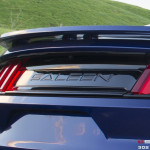 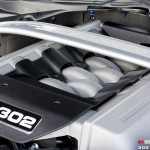 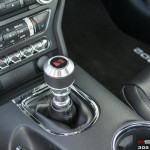 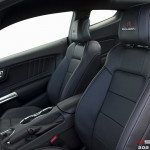 About Saleen Automotive, Inc.
Saleen is an American niche manufacturer of lifestyle ultra-high performance vehicles, technical performance parts, lifestyle accessories and apparel. With more than 30 years of automotive heritage, Saleen has continually set the bar for automotive design and performance engineering in both street and racing applications. As a Specialty Vehicle brand since 1984, Saleen offers a range of White, Yellow, and Black Label high-performance vehicles: The Saleen 302 Mustang, Saleen 570 Challenger, Saleen 620 Camaro, and the Tesla Model S based Saleen ST.
Everything at Saleen is literally built from the ground-up, by skillful hands. The Saleen staff consists of a wide range of designers, R & D engineers and production team members that works together pushing the envelope of development, manufacturing, and certification of high-performance specialty vehicles. Learn more at www.saleen.com

Safe Harbor Statement
This release contains “forward-looking statements” that include information relating to future events and future financial and operating performance. The words “may,” “would,” “will,” “expect,” “estimate,” “can,” “believe,” “potential” and similar expressions and variations thereof are intended to identify forward-looking statements. Forward-looking statements should not be read as a guarantee of future performance or results, and will not necessarily be accurate indications of the times at, or by, which that performance or those results will be achieved. Forward-looking statements are based on information available at the time they are made and/or management’s good faith belief as of that time with respect to future events, and are subject to risks and uncertainties that could cause actual performance or results to differ materially from those expressed in or suggested by the forward-looking statements. Important factors that could cause these differences include, but are not limited to: fluctuations in demand for Saleen Automotive’s products, the introduction of new products, the Company’s ability to maintain customer and strategic business relationships, the impact of competitive products and pricing, growth in targeted markets, the adequacy of the Company’s liquidity and financial strength to support its growth, and other information that may be detailed from time-to-time in Saleen Automotive’s filings with the United States Securities and Exchange Commission. Examples of such forward looking statements in this release include statements regarding product offerings and marketing. For a more detailed description of the risk factors and uncertainties affecting Saleen Automotive, please refer to the Company’s recent Securities and Exchange Commission filings, which are available at www.sec.gov. Saleen Automotive undertakes no obligation to publicly update or revise any forward-looking statements, whether as a result of new information, future events or otherwise. 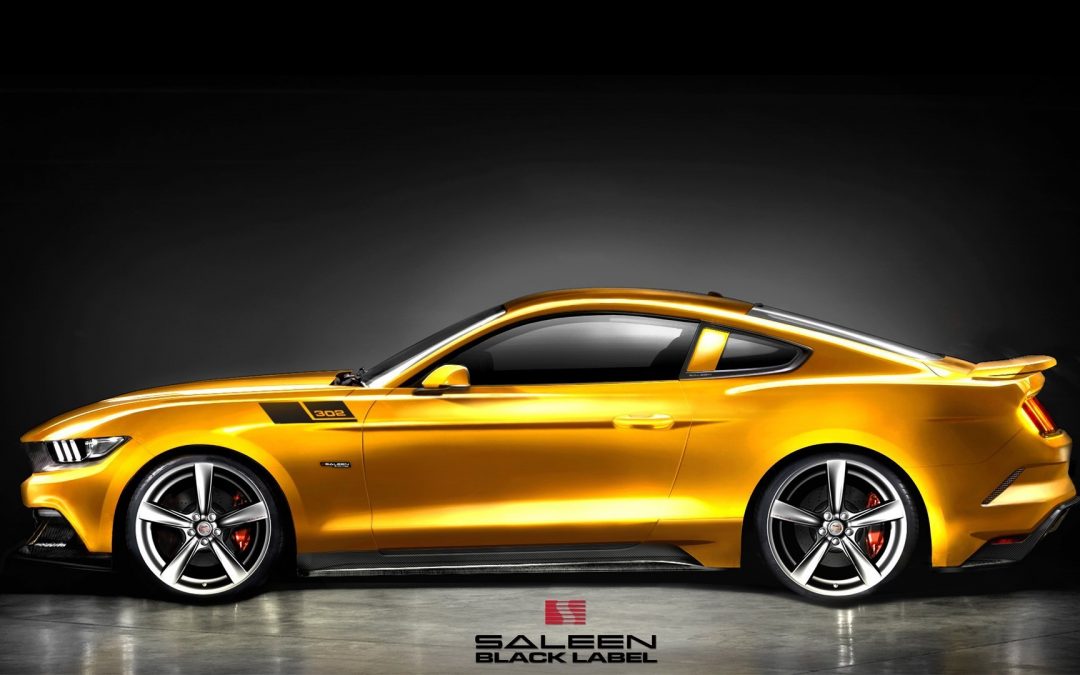 “This past July we released a first look of our 2015 Saleen 302 Mustang and the response was resounding,” stated Steve Saleen, CEO, Saleen Automotive. “With the finalization of the all new Mustang model drawing near, we are working hard to bring the next vehicle in the Saleen lineup to life.”

“This is a very exciting time for the Mustang community as this is the first all-new model since 2005,” added Saleen. “As we approach an official unveiling later this year, we are thrilled to release the features and specifications for the 2015 Saleen 302 Mustang. Along with these features and specs, we are releasing a new profile view rendering to give an enhanced perspective on the new model.”

With the upgraded engine & independent rear suspension, the new car promises to be the highest performance MUSTANG yet!

Saleen Automotive is currently taking reservations for the 2015 S302 Mustang. A $2,015 deposit will reserve you a car and secure your Saleen VIN number.

One look at the 2015 Saleen 302 Mustang and you get a familiar feeling of previewing the next legendary muscle car. With this Saleen 302 first look, take that legendary status and add over 30 years of Saleen racing, design, and engineering DNA and the result is something truly worthy of iconic status.

With this model being the first major Mustang redesign since 2005, Saleen took this as an opportunity to push the limits in both design and performance. This latest Saleen mustang model is perfectly positioned as the next American exotic, campaigning on the world stage. As a first look, the final features and specifications of the 2015 S302 Mustang will be released as the official unveiling and production draws nearer.

“I am as proud as I have ever been of a Mustang we’ve created,” stated Steve Saleen, CEO, Saleen Automotive. “I hope you enjoy this First Look and vow to debut one of the most spectacular Mustangs you have ever seen when the car hits the streets later this year.”