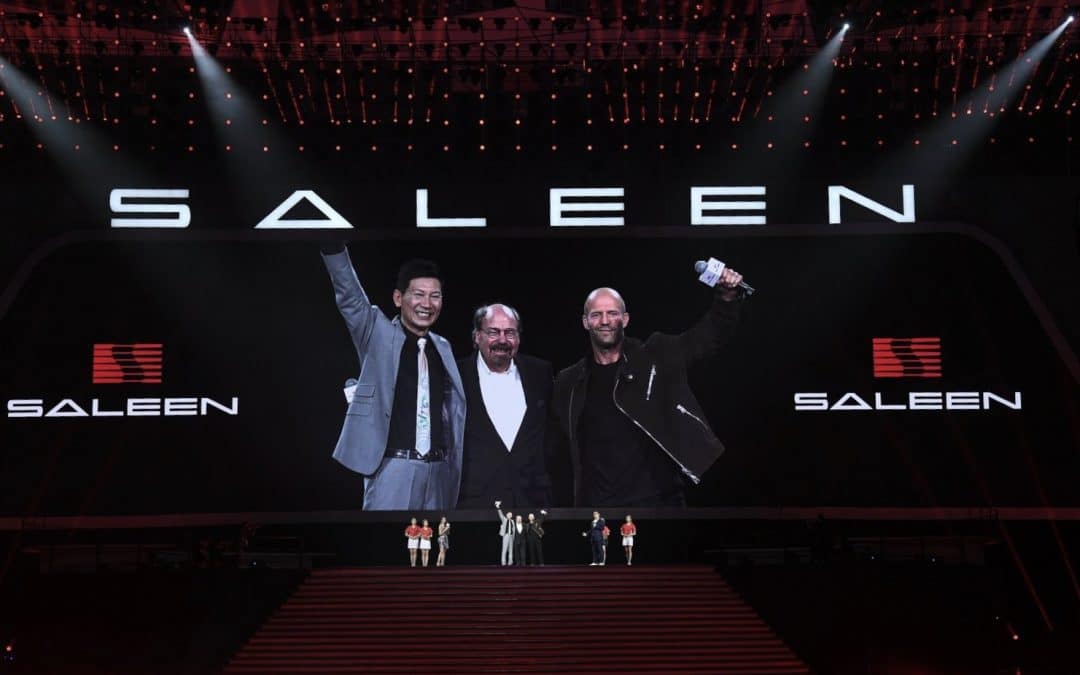 CORONA, Calif. (July 23, 2019) – After 35 years of automotive industry accomplishments, and close to five decades of racing milestones, Steve Saleen is only just getting started.

The legendary racer-turned-automaker is celebrating the 35th anniversary of his founding of Saleen Automotive to announce “Vision 2020,” a major five-year expansion plan for the California company starting next year – which, thanks to pioneering new model launches and a global business partnership, will be the most eventful half-decade in its history.

At the core of Saleen’s future is the Saleen 1, the turbocharged, 450hp mid-engine sportscar designed in the spirit of the legendary Saleen S7, the most successful supercar in motorsports history. At a projected MSRP of $100K, the Saleen 1 delivers a “sports car with supercar credentials,” combining Saleen design and styling with racing-inspired performance.

To meet exponential growth in demand for performance vehicles in China, Saleen announced a business partnership with Jiangsu Saleen Automotive Technology, Co. (JSAT) that will help Saleen expand its footprint into growing global markets with an emphasis on China. The joint venture leverages Saleen’s world-class design and engineering expertise with the mass production capabilities of JSAT – which recently completed construction of a 2.5 million square foot manufacturing plant in Rugao City, near Shanghai.

JSAT’s world-class automated production facility has ample production capacity to cater for the surging demand for sports cars and passenger vehicles in China. The first Saleen vehicles for the Chinese market roll off the assembly lines in 2020, including an original Steve Saleen-designed and racing-inspired SUV model and Saleen 1 sports car for distribution in China. Saleen Automotive will produce the Saleen 1 at a U.S. manufacturing facility for sales in the U.S. market.

Today’s announcement by the founder and CEO of Saleen Automotive comes days after a high-profile ‘Saleen Night’ event hosted by Steve Saleen and Charles Wang, CEO of Jiangsu Saleen Automotive Technology, at the “Bird’s Nest” National Stadium in Beijing. In addition to announcements by Wang and Saleen celebrating the arrival of the Saleen brand to China, the star-studded July 20 event included a performance by Chinese pop star Kris Wu and a special appearance by action movie star Jason Statham, who is a brand ambassador for Saleen in China.

The attending audience of over 24,000 people were treated to demonstration laps of the new Saleen 1 models, Saleen S7 supercar and the unveiling of the new Saleen-designed SUV model by world famous stunt driver Tanner Foust, and Saleen Cup racers Martina Kwan and Hanna Zellers. The festivities were broadcast live by CCTV to more than 100 million households in China.

For the U.S. domestic market, a key focus for Saleen in 2020 is strengthening and renewing its retail operations, increasing the number of dealers supporting the best-in-class Saleen Signature vehicles, including the Saleen S302 Mustang and Saleen Sportruck models and establishing new retail facilities in over 25 cities throughout North America. These retail locations will include company-owned and operated “Saleen Experience” stores, which provide an immersive interaction with the Saleen brand and products – plus a close look at the company’s extensive racing success and history.

Separately, the company has plans to establish multiple dedicated Saleen Original dealerships throughout North America that will provide a sales and service network for the new Saleen 1 sports car, iconic Saleen S7 supercar and other upcoming original Saleen vehicles.

Following the company’s return to motorsports in 2019 with the introduction of the Saleen Cup “arrive and drive” racing series showcasing the all-new Saleen 1 sports car, Saleen is also reinforcing its commitment to professional motorsports in 2020 with the official team entry to the GT4 series with SRO World Challenge and also introducing the Saleen China GT, which will bring the first “arrive and drive” racing series to Asia, also starting next year.

From the first Saleen Mustang in 1984 to the legendary S7 in 2000 and the groundbreaking new Saleen 1, founder Steve Saleen has continually set the bar for vehicle design and performance engineering on streets and racetracks worldwide. In addition to its distinctive Saleen Signature and Saleen Original vehicle lines, Saleen offers a wide variety of technical parts, lifestyle accessories and apparel for those with a passion for performance. Learn more at www.saleen.com